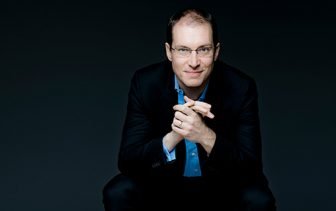 A “wanderer between worlds” (Lucerne Festival), Swiss-born American pianist Gilles Vonsattel is an artist of extraordinary versatility and originality. Comfortable with and seeking out an enormous range of repertoire, Vonsattel displays a musical curiosity and sense of adventure that has gained him many admirers. Recipient of an Avery Fisher Career Grant and winner of the Naumburg and Geneva competitions as well as the 2016 Andrew Wolf Chamber Music Award, he has in recent years made his Boston Symphony, Tanglewood, and San Francisco Symphony debuts, while performing recitals and chamber music at Ravinia, Tokyo’s Musashino Hall, Wigmore Hall, Bravo! Vail, Music@Menlo, the Gilmore festival, the Lucerne festival, and the Munich Gasteig. His most recent 2014 New York solo recital was hailed as “tightly conceived and passionately performed…a study in intensity” by The New York Times.

Recent projects include Berg’s Kammerkonzert with the Orchestra della Svizzera Italiana, a tour with Jörg Widmann and the Irish Chamber Orchestra, Mozart concerti with the Vancouver Symphony and Florida Orchestra, performances at Seoul’s LG Arts Centre and at the Beijing Modern Music Festival, collaborations with Kent Nagano with L’Orchestre Symphonique de Montréal and the Munich Philharmonic (Bernstein’s Symphony No. 2, The Age of Anxiety) as well as numerous appearances internationally and throughout the United States with the Chamber Music Society of Lincoln Center. Mr. Vonsattel received his bachelor’s degree in political science and economics from Columbia University and his master’s degree from The Juilliard School, where he studied with Jerome Lowenthal. He is on the faculty of the University of Massachusetts at Amherst, and makes his home in New York City. Gilles Vonsattel is a Steinway Artist.