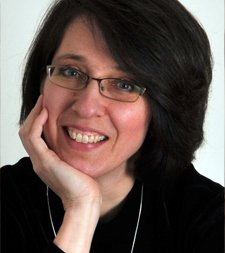 Evelyn Loehrlein has enjoyed a diverse career as a performer and arts administrator. Principal Flutist of the Huntsville Symphony Orchestra since 1988, she has also made numerous solo appearances, including performances of Ellen Taafe Zwilich’s Concerto for Flute and Orchestra, Howard Hanson’s Serenade, Poem by Charles Griffes and Mozart’s Concerto for Flute and Harp. In 2007, she premiered a flute concerto written for her by Christopher Weiss to commemorate the thirtieth anniversary of her first HSO performance.

A versatile musician, Ms. Loehrlein performed with Orchestra Nashville on tour with Amy Grant and Vince Gill, and at the Bonnaroo Festival with Trey Anastasio of Phish. In September 2011, she appeared as soloist in David Maslanka’s epic “O Earth, O Stars” with the Huntsville Chamber Winds. She has performed with choral groups in several venues of Buffalo, New York.

From 1990 to 2012, Ms. Loehrlein held a variety of leadership positions on the staff of the Huntsville Symphony Orchestra. As the founding director of the Symphony School of the HSO from 1997-2002, she initiated partnerships to provide innovative string education programs in community organizations and the elementary schools of five school districts. As a current trustee and member of the marketing committee of the Louisville Youth Orchestra, she helped produced full house audiences for the LYO’s education concert for middle school students in 2013 and 2014. She currently serves as the Director of Operations of the Sewanee Summer Music Festival in Tennessee.

Ms. Loehrlein resides near Louisville, Kentucky, with her husband, Sidney King, composer, double bassist and faculty member of the Sewanee Summer Music Festival. They travel extensively and enjoy fly-fishing together whenever possible, practicing catch and release, of course. Mother of three grown sons, Ms. Loehrlein is active as a hospice patient care volunteer with Hosparus of Louisville.