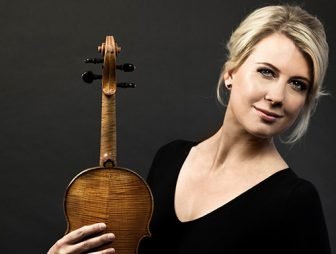 With a repertoire that ranges from baroque to contemporary, Elina Vähälä has given world premieres of Aulis Sallinen’s Chamber Concerto and Curtis-Smith’s Double Concerto, both written for her and pianist-conductor Ralf Gothóni. In addition, Vähälä gave the first Nordic performance of John Corigliano’s Violin Concerto ‘The Red Violin’ and commissioned a new violin concerto from composer Jaakko Kuusisto. Both the Corgiliano and Kuusisto concertos were recorded for BIS in 2013.

Educational activities play an important role in her commitment to music; In 2009 Elina Vähälä launched the Violin Academy; funded by the Finnish Cultural Foundation, the academy is a master class based educational project for selected, highly talented young Finnish violinists.