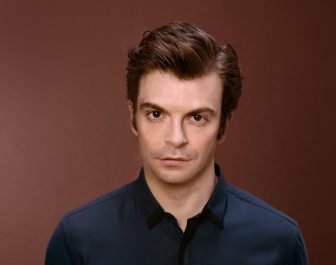 Born in Nice in 1985, Kadouch began his studies at the Nice Conservatoire with Odile Poisson. At the age of 14 he entered the Paris Conservatoire in the classes of Jacques Rouvier. After receiving First Prize with Honors from the Paris Conservatoire, he moved to the Reina Sofia School in Madrid, where he studied with the legendary Dmitri Bashkirov. He has been perfecting as well with Murray Perahia, Mauricio Pollini, Maria-Joao Pires, Daneil Barenboim, Vitaly Margulis, Itzak Perlman.

He is quickly becoming one of the most acclaimed pianists of his generation. A prize winner at the Beethoven Bonn Competition in 2005 and Leeds International Piano Competition in 2009, Kadouch has become a regular guest of some of the most important orchestras, recital series and international festivals. At the age of 13, Kadouch was invited by Itzhak Perlman to play under his baton at the Metropolitan Museum of Art in New York. In 2008, Perlman invited him again to perform the Schumann Piano Quintet, this time at Carnegie Hall.

In 2011 he made his New York debut recital at the Metropolitan Museum of Art. He performs with the Tonhalle Orchestra of Zürich under David Zinman, Orchestre Philarmonique de Monte Carlo, Orchestre National de Lille and the Gulbenkian Foundation Orchestra under Jean-Claude Casadesus, Orchestre de Strasbourg under Marc Alrecht, Halle Orchester under Robin Ticciati, Israel Philharmonic Orchestra… He gives recitals in Paris, Bordeaux, Toulouse, Reims, Madrid, Verbier, Luzern, Elmau, Munich, Strasbourg, as well as solo recital and duo concert with Renaud Capuçon in Japan. In 2011/12 he is playing with the Israel Philharmonic, with orchestras in Frankfurt, Moscow, Paris, Bordeaux, Cannes, Pau, recitals in Paris, Avignon, Lyon, Toulouse, Lucerne, Munich, Lisbon, at the Folles Journees in Nantes, as well as at the festivals of Saint-Denis, Montpellier, Colmar, Nohant, La Grange de Meslay, Verbier.

Highlights of the season 13/14 : debuts with the Orchestre Philharmonique de Radio France and Myung-Whun Chung, BBC Symphony Orchestra and Mark Minkowski at the Barbican Center in London, Munich Symphony Orchestra, Bach project in the Pleyel Hall in Paris with Martha Argerich, “Folles Journees” in Nantes and Japan (American composers), as well as recitals in London, Moscow, Istanbul, Liège.

Daniel Barenboim invited him to participate in his Beethoven Sonata DVD project, which also featured Lang Lang… He also Barenboim invited him to replace Murray Perahia in Jerusalem in 2008 and to participate with him at the France 2 TV show “Thé ou Café” in 2009. Most recently, he invited him to step in for Lang Lang in Ramallah (West Bank), filmed by Arte for the documentary “Maestro”. Kadouch’s recordings include a live recording of the Beethoven Concerto No. 5 “Emperor” with the Cologne Philharmonic (Naxos), Shostakovich’s Preludes (TransArt Live) and just released Schumann Concerto without orchestra and Piano Quintet (Decca/Universal). To be released : a CD of Russian music including Mussorgsky’s Pictures at an Exhibition, Medtner Sonata and Taneïev Prelude and Fugue (Mirare).

In 2010, David Kadouch is nominated “Young Talent of the Year” by French Victoires de la Musique and in 2011 he is the winner of the International Classical Music Awards in the category “Young Artist of the Year”.