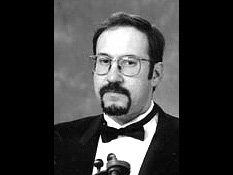 A native of Rochester, N.Y., violist Charles Hogue grew up in Las Cruces, N.M. His principal teachers were Julia Hardie and Dr. Marianna Gabbi. After graduating from high school he attended Baylor University to further his studies with Dr. Hardie. He then transferred to the Mannes College of Music in New York City where his teacher was Paul Doktor. Hogue then spent two years in the Civic Orchestra of Chicago, a training orchestra run by the Chicago Symphony Orchestra where he studied with the assistant principal violist of the CSO, Li-Kuo Chang. Mr. Hogue has participated in masterclasses with such eminent teachers as Dorothy Delay, Joseph dePasquale, William Magers, Glen Dichterow, Robert Vernon and Michael Tree.

As an orchestral musician, Mr. Hogue has been a member of the Las Cruces, El Paso, Chattanooga and Tuscaloosa symphonies as well as the Civic Orchestra of Chicago. He is presently the principal violist with the Huntsville Symphony Orchestra and teaches part time at UAH. Hogue has performed under the batons of Sir George Solti, Andre Previn, Leonard Slatkin, Erich Leinsdorf and Daniel Barenboim. In addition, he is the founder and director of the Hogue Sinfonietta, a local community ensemble.