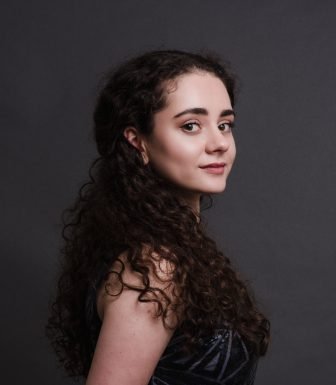 Ms. Kasman made her concerto debut at age thirteen with the Symphonic Orchestra of the National Philharmonic of Ukraine and the Alabama Symphony. She has worked extensively with the National Symphony Orchestra of Ukraine, performing seven different concertos with the ensemble. An avid performer of contemporary music, Kasman has premiered works by Nathan Daughtrey, Zachary Detrick, and Marc Migo, recently performing Migo’s Double Concerto for Piano and Violin with the Juilliard Orchestra in Alice Tully Hall.

A dedicated music educator herself, Ms. Kasman holds a PianoArts Artist-in-Residence Fellowship in Wisconsin. In 2020 she returns to Milwaukee for a fifth teaching and performing tour. Ms. Kasman has taught master classes at Lee University and the Wisconsin Conservatory of Music. She was previously a Teaching Fellow in keyboard studies and class piano at Juilliard, as well as the Gluck Community Service Performance Fellowship. Her private students are winners of local and state piano competitions