Brahms was an established figure already, but it was the 1869 premiere of his great requiem setting for chorus and orchestra which cemented his reputation as one of the most important artists of the era. Written in response to the deaths of the composer’s mother and of his friend and mentor Robert Schumann, Ein deutsches Requiem is a deeply personal, transcendent essay on existential peace and acceptance. The performance is prefaced by English composer Benjamin Britten’s Sinfonia da Requiem of 1940, an unusual and poignant wartime symphony which takes its form and content from the traditional requiem rite. 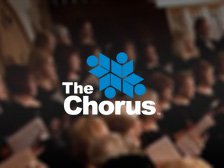