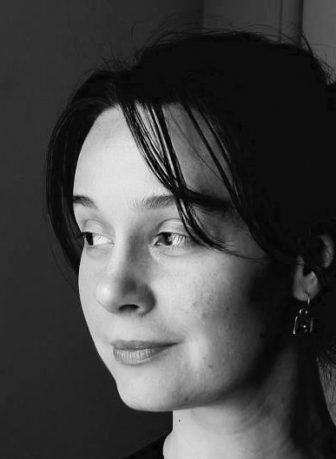 ARIANA ARCU began her musical studies in violoncello at the age of 7 in Cluj, Romania. Mrs. Arcu has earned the Bachelor’s degree in cello performance from George Enescu Conservatory of Music in Bucharest, Romania, and the Master and Doctoral degrees in cello performance, from the University of Alabama, U.S.A. Her teachers include Marin Cazacu, Carlton McCreery, Radu Aldulescu, Roland Pidoux. She has appeared in numerous solo and chamber music recitals, and was featured as a soloist with orchestras in Romania and the United States of America. She has won awards at national competitions, including first prize at Constanta National Competition, in 1994 and second prizes at Ploiesti and Timisoara national competitions in 1992 and 1993. In 2000 she was invited to be a guest-recording artist on The Scorpions’ album Acoustica, and has concertized with them in South Korea, Singapore, Thailand, Indonesia, Malaysia, India and throughout Europe.

Currently she holds the Assistant Principal Cello position in Huntsville Symphony Orchestra, and is a member of the faculty at the Universities of Alabama A&M, Oakwood University, and University of Alabama in Huntsville. Since 2010 she has been a member of the Arrhythmia string quartet along with members of the Alabama Symphony. The quartet had its first important international tour in the summer of 2011 in Chisinau (Moldova), Cluj (Romania), and Sibiu (Romania), and collaborated and recorded with the Grammy Artist Raul Jaurena in 2014.